FIFA 12 brings to the pitch the game-changing new Player Impact Engine, a physics engine built to deliver real-world physicality in every interaction on the pitch. Experience the way real-world footballers challenge each other for the ball, win possession, and test each other physically. Enjoy an infinite variety of natural and believable outcomes in every collision. Players feel more resilient, push and pull during the fight for possession, and recover from light challenges more easily.

Revolutionary gameplay innovations make FIFA 12 deeper and more engaging. All-new Precision Dribbling creates a higher fidelity of touch on the ball for better control in tight spaces, more time to make decisions on attack, and more control over the pace of the game. Innovations in attack are balanced by a re-designed defending mechanism, making it as skilful and meaningful as real-world football. With all-new Tactical Defending, positioning and intercepting passes are as important as tackling. Tactics and timing are crucial. Plus, CPU players have been infused with Pro Player Intelligence, a self-awareness that enables them to behave and make decisions based on their own skills and tendencies, and gives them the aptitude to understand the strengths and weaknesses of teammates in every situation.

Introducing EA SPORTS Football Club—the heartbeat of FIFA 12—a live service connecting players to the real-world game with fresh, new content all the time, enabling them to support their favourite club and connect and compete with their friends, rivals and millions of other players around the world. Additional features will be revealed in the months ahead.

Player Impact Engine—Two years in development, the new physics engine is built to deliver real-world physicality in every interaction on the pitch. Experience an infinite variety of natural and believable outcomes in every contact. Players feel more resilient on the ball, push and pull during the fight for possession, and recover from light challenges more easily, preserving their natural momentum.

Pro Player Intelligence—CPU players have been infused with self-awareness and aptitude, enabling them to make decisions based on their own skills as well as the strengths and attributes of their teammates. Players who possess exceptional vision, for example, will see opportunities for through balls that other players won’t. Real Madrid’s Kaká will be more likely—and quicker—to pick out a run from a teammate farther away than a player with poorer vision. Additionally, teams will vary their attack based on the strengths of their players on the pitch, and the weaknesses of opposing players, creating a more authentic experience and greater variety of matches.

Tactical Defending—Re-designed defending mechanism fundamentally changes the approach to defending by placing equal importance on positioning, intercepting passes and tackling at the right moment. Tactics and timing are crucial.

Precision Dribbling—Enjoy new ways to take on opponents, more time on the ball to make decisions, and complete control of the pace of the game. Utilize close dribble touches in tight spaces, on the wings, and even while fending off an opponent.

EA SPORTS Football Club—For the first time ever, everything within FIFA 12, and against friends, is measured in a meaningful way. Every match matters, all season long. Earn experience points and level up to build status. Track friends, challenges and status through the web. Share and compare accomplishments and spread the news on social channels like Facebook. Plus, real-world storylines will drive content. Gamers will relive crucial real-world football events through regular challenges so that FIFA 12 will look, feel and play like the real-world season.

Support Your Club—A central experience in EA SPORTS Football Club that enables fans to represent their club and compete against rival clubs in everything they do in FIFA 12. Earn club points and lift your club higher in the Support Your Club League Tables or help them avoid relegation. Virtual league tables are reset each week to create new challenges, renewed rivalries, and fresh storylines.

True Injuries—The Player Impact Engine monitors contact between players in real-time, analyzing the force of the collision and impact on the body to detect real injuries, creating a deeper more challenging Career Mode. Manage new types of injuries and the risk of sending a player onto the pitch who isn’t fully healed. 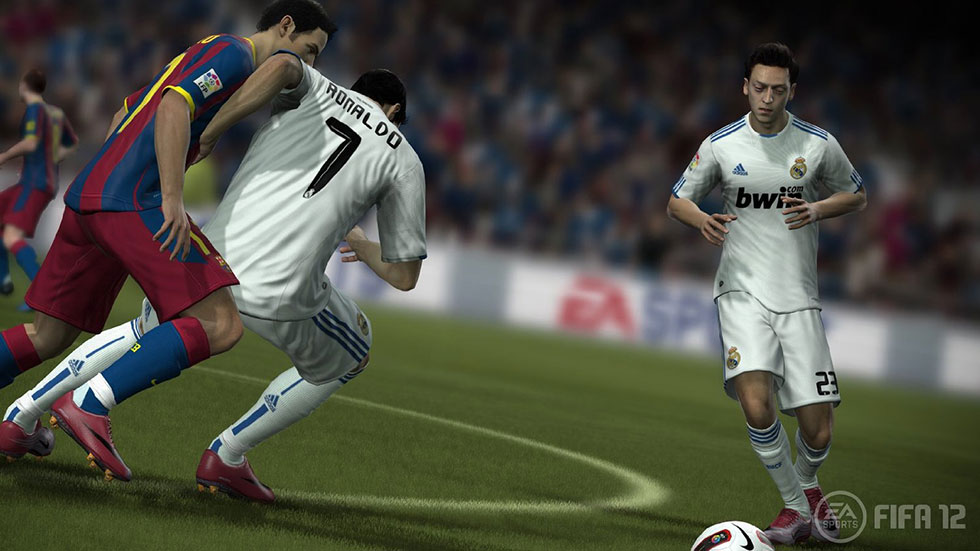