Pro Evolution Soccer 2014 will mark a new beginning for the popular series, with an all-new engine allowing for the most comprehensive advance for the Pro Evolution Soccer series since its inception. The new engine has been in development for a number of years and uses Kojima Production's renowned FOX Engine at its core, extended and enhanced to match the bespoke and complex demands of a football title.

It’s this year’s Pro Evolution Soccer time again, and 2014’s edition has much to offer both returning fans and also newcomers to the franchise as well. While always lacking a little in its user interface, 2014 is the year of further improvement to gameplay and a basing of the game on the Fox engine, which is essentially a next-gen thang that, in spite of its gimmicky name has actually improved the feeling and the visual flow of Pro Evolution Soccer, closing the gap between it and Fifa even further this year.

Year after damn year, fans of two of the most popular (and some would say the only) football game franchises of all time, Pro Evolution Soccer and  Fifa, wait to see whether each year that passes will be the one where something drastic happens in their favourite football game, whichever it may be. Both EA and Konami seem to have a preference for sticking to frustratingly incremental changes for a few years with more drastic inclusions every now and then (the words “evolution” and “revolution” are banded around all too often by other reviewers for me to comfortably use them here). For fans hoping that this will be the year for a violent rebellion against the PES norm, then like Fifa fans expecting the same thing, you will be truly disappointed. Those that are more realistic about their favourite franchise will be pleased to know that of the changes that have been implemented, a fair few are more far-reaching than before with improvements to both aesthetic and gameplay, so let’s not waste time with Fifa comparisons and dive a little deeper into the waters of Pro Evolution Soccer 2014.

No one ever wants to know what is the same as last year, so let’s cover the changes, shall we? Well, the big, huge, elephant in the room (which is actually shaped remarkably like a fox) is the brand new Fox engine on which the game is based and which will be powering next-gen games in the near future as well. What this means in practice is some graphics that are noticeably slicker than PES’ previous offerings and player models as well as their surroundings being considerably superior to any other game around at the moment. The only problem is the current-gen consoles aren’t quite fast enough for ever-seamless gameplay, so you’re going to get a few slowdowns every now and then as an inevitability (or punishment for not owning a PS4/Xbox One).

Among the game’s other features are more gimmick names such as TrueBall Tech which is meant to make the distribution of the ball and the dribbling aspects of the game more fluid and realistic, and that it does when combined with the MASS (which stands for motion animation stability system, apparently) feature serving to increase realism when players collide during tackles and such. Now, where it gets interesting is the Heart feature where contextual factors such as the player’s and crowd’s emotions have an effect on the stats of either the player or the team that he plays for. This is of course an extremely interesting concept which is absent in many other sporting games and it makes the crowd respond accordingly to your performance, with jeers for poor play and cheers for sublime football. This is Konami’s attempt at making Pro Evolution Soccer 2014 more like a living football experience than a pre-prescribed and wooden simulation of the sport.

With the good always comes the bad, and Pro Evolution Soccer isn’t a stranger to the bad and hasn’t been for a good number of years now. In spite of its new features, all of the acronyms and flashy names for features in the world can’t undo the shame that Konami likely feel about the user interface, which in contrast with the on-pitch graphics is as shoddy as it has ever been, which means that Konami could probably do with being a little more ashamed of it than they already are. The game’s modes are also lacking in any real depth as well, and this is where this game loses out to Fifa consistently. Whereas Fifa has its Ultimate Team mode, Pro Evolution Soccer simply cannot keep up with its rival in terms of variety and functionality of its modes, particularly when it comes to multiplayer as well. Overall, Pro Evolution Soccer 2014 is probably the best Pro Evolution Soccer yet, but it still tags behind its rival for yet another year. 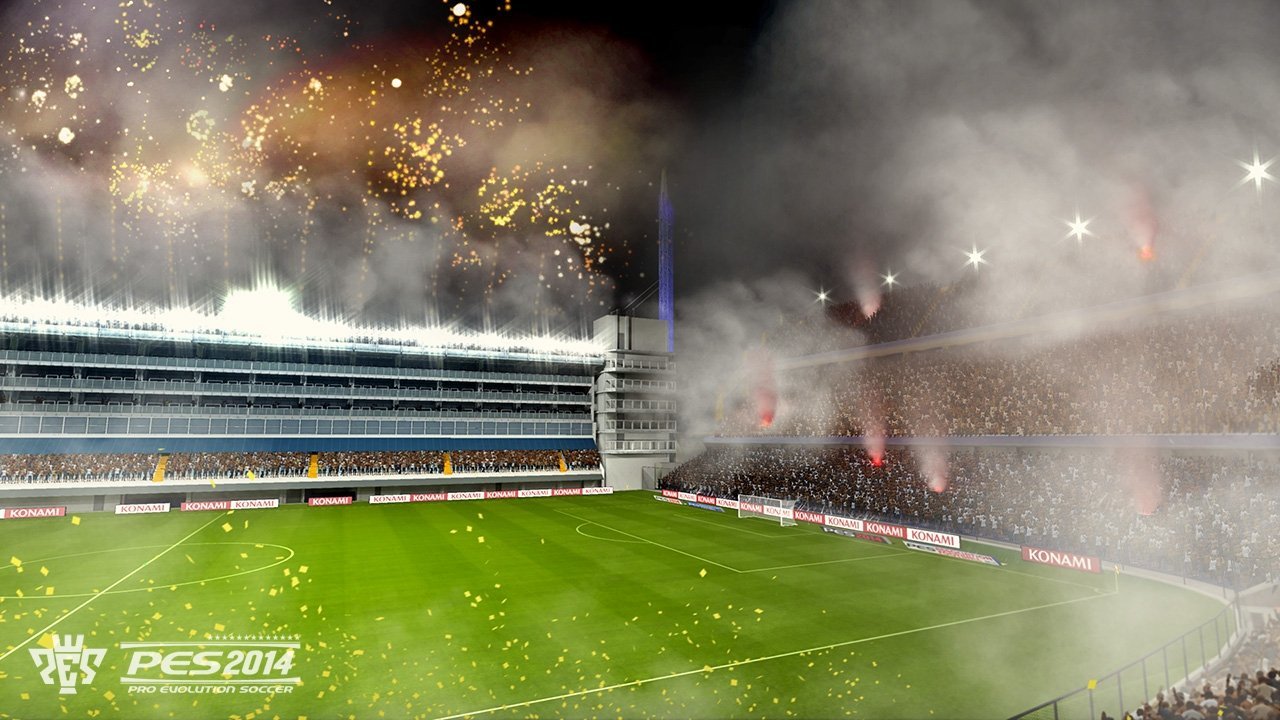